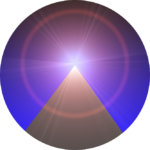 We welcome all comments, positive and negative, about our work and our website. We are particularly interested in any errors you find, whether these be simple typographical errors, or errors in facts or logic. If reporting an error, please be as specific as possible in identifying , so that we will be able to properly identify and assess it. You may leave a publicly visible comment below, or in our forums, or you may send us a private comment using our contact page.